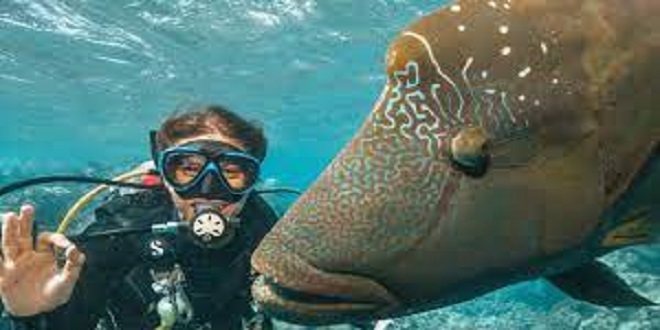 Places to Stick Around

Sometimes you just need to find that quaint little beach town, put the backpack down and take a break from travelling. After long days on the road, Mission Beach is a perfect place to recharge, with beauty beaches, rainforest walks and an easygoing vibe. Cairns, Surfers Paradise and Airlie Beach are heaving with backpackers – if you’re looking to party, look no further. Just north of Cairns, hip Port Douglas has a long, lovely shoreline and makes a relaxed base for exploring the area. Surf junkies may want to put down temporary roots further south: check out Noosa, which has a little of everything (beaches, surf, national parks, low- and high-end accommendation and restaurants) or Burleigh Heads and Coolagnate  even more laid-back, with plenty of great waves. In Brisbane, unwind in the West End for a few days: bars, bookshops and brilliant coffee (the pillars of civilized society

Europeans first arrived in Queensland in the 1600s with Dutch, Portuguese and French navigators exploring the northeastern region, and then in 1770 Captain James Cook took possession of the east coast. By 1825 the area that is present-day downtown Brisbane was established as a penal colony for the more intractable convicts. Despite fierce Aboriginal resistance, the area was later settled (Queensland’s early white settlers carried out one of the biggest land acquisitions of all time) and in 1859 the state became a separate colony independent of New South Wales (NSW). Since that time, Queensland has experienced dynamic growth and progress, aided by the discovery of gold and other minerals in the 1860s and ’70s, and successful sugar-cane production. Mining and agriculture continue to form the state’s economic backbone today. Natural disasters (devastating floods and cyclones) have failed to sour the national appetite for Queensland. Brisbane is booming, with a youthful exuberance and artsy flair the other big cities find hard to match.

Before  Europeans arrived, Queensland containted over 200 of Australia’s 600 to 700 Aboriginal nations. Among them, they spoke at least 90 languages and dialects. Like many pre-colonial countries, the cultural and geographic boundaries of indigenous Australia bore little resemblance to the state’s borders as they are today. By the turn of the 19th century, the Aboriginal people who had survived the bloody settlement of Queensland, which saw some of the most brutal massacres in Australia, had been comprehensively run off their lands, and the white authorities had set up ever-shrinking reserves to contain the survivors. A few of these were run according to well-meaning (if misguided) missionary ideals, but the majority of them were striferidden places where people from different areas and cultures were thrown unhappily together and treated as virtual prisoners. Today, ‘Murrin’ is the generic term used to refer to the Indigenous peoples of Queensland. Indigenous Torres Strait Islanders come from the islands of the Torres Strait, located off the coast of Cape York. They are culturally distinct from the Aboriginal tribes that originated on Australia’s mainland, having been influenced by indigenous Papua New Guineans and Pacific Islanders. Traditionally they were seafaring people, engaging in trade with people from the surrounding islands and Papua New Guinea, and with mainland Aboriginenal people. Some 6800 Torres Strait Islanders remain on the islands in the strait; an estimated 42,000 live in northern Queens

Rock art is a diary of human activity by Austrail’s Indigenous peoples stretching over tens of thousands of years. Queensland has plenty of sites, especially in the far north. The experience of viewing rock art in the surroundings in which it was painted is far more profound than seeing it in a gallery. One of Queensland’s most spectacular sites is inside the Carnarvon Gorge, with amazing rock and stencil art dating back 19,000 years. Quicken rock art is a very distinct style from northern Australia, and there are Hundeeds of ancient sites around Laura in Cape York. The most accessible is the Split Rock site.

The Hopedale community (check out Gerri Tours, 458) north of Cook town. There are Aboriginal-led tours at Mossman Gorge and Malinda Falls. The Gab Titui Cultural Centre on Thursday Island is a unique development by Torres Strait Islander communities, and at the Tjapukai Cultural Park near Cairns an award-winning Aboriginal dance group performs most days for tourists. The annual Dreaming Festival, held as part of the Woodford Folk Festival, is a colorful showcase of indigenous arts from across the country. Perhaps the most exciting event, however, is the Laura Aboriginal Dance Festival, held every odd-numbered year in June on the Cape York Peninsula.