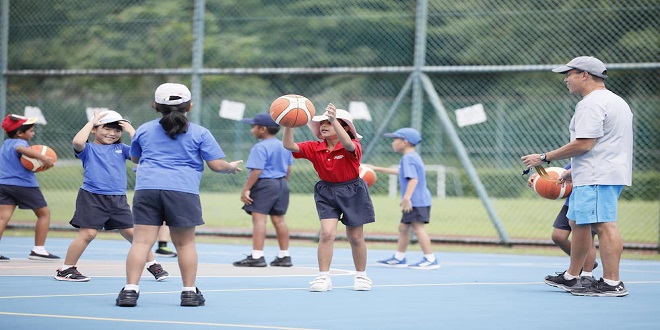 Physical Health This section reviews what is known about the relationship between physical activity and (1) somatic growth, development, and function and (2) health- and performance-related fitness.

Postnatal growth is commonly divided into three or four age periods. Infancy spans the first year of life. Childhood extends from the end of infancy to the start of adolescence. It is often divided into early childhood, preschool years, and middle childhood, which includes the elementary school years, into the 5th or 6th grade. Adolescence is more challenging to define because of variation in its onset and termination, although it is commonly defined as between 10 and 18 years of age (WHO, 1986). The rapid growth and development of infancy continue during early childhood, although at a decelerating rate, whereas middle childhood is a period of slower, steady growth and maturation. Differences between boys and girls are relatively small until adolescence, marked by accelerated growth and attainment of sexual maturity.

Maturation is the process of attaining a fully adult state. In growth studies, maturity is typically assessed as skeletal, somatic, or sexual. The same hormones regulate skeletal, bodily, and sexual maturation during adolescence, so it is reasonable to expect the effect of physical activity on these indicators of maturity to be similar. Skeletal maturity is typically assessed from radiographs of the bones in the hand and wrist; it is not influenced by habitual physical activity. Similarly, age at peak height velocity, an indicator of somatic maturity, is not affected by physical activity, nor is the magnitude of peak height velocity well within the usual range in both active and inactive youth.

Discussions of the effects of physical activity on sexual maturation more often focus on females than males and, in particular, on age at menarche. While some data suggest an association between later menarche and habitual physical activity, most of these data come from retrospective studies of athletes. Whether regular sports training at young ages before menarche “delays” menarche remains unclear. While menarche occurs later in females who participate in some sports, the available data do not support a causal relationship between habitual physical activity and later menarche.

Clark and Metcalfe (2002) provide an eloquent metaphor—“the mountain of motor development”—to aid in understanding the global changes seen in movement across the life span. Early signs, critical for an infant’s survival, are reflexive and dominated by biology, although environment contributes and helps shape reflexes. This initial intuitive period is followed quickly by the preadapted period, which begins when an infant’s movement behaviors are no longer reflexive and ends when the infant starts to apply basic movement skills.

Although physical activity is inversely related to weight, correlations are generally low, and differences in body weight between active and inactive boys and girls tend to be small Lohman, except in very obese children and adolescents. Similarly, as represented in somatotypes, the physique does not appear to be significantly affected by physical activity during growth. In contrast, weight components can be influenced by regular physical activity, especially when the mode and intensity of the action are tailored to the desired outcome.

Much of the available data in children and adolescents is based on BMI, a surrogate for composition, and indirect methods based on the two-compartment body composition model. Bodyweight is divided into fat-free and fat components. While studies generally support that physical activity is associated with greater fat-free mass and lower body fat, distinguishing the effects of physical activity on fat-free mass from expected changes related to growth and maturation is difficult, especially during adolescence, when both sexes have a significant increase in fat-free mass.

The ability to perform sustained activity under predominantly aerobic conditions depends on the capacity of the cardiovascular and pulmonary systems to deliver oxygenated blood to tissues and on the power of tissues (primarily skeletal muscle) to extract oxygen and oxidize substrate. By age 2, the systems are fully functional, although young children lack the cardiorespiratory capacity of older children and adults because of their small size. Children’s aerobic capacity and ability to exercise for more extended periods increase as they grow.

Moderate effect sizes have been observed among both youth and adults. Children with the highest risk of mental illness may experience the most benefit. Although evidence is insufficient to determine the ideal regimen, aerobic and high-intensity physical activity are likely to confer the most benefit.