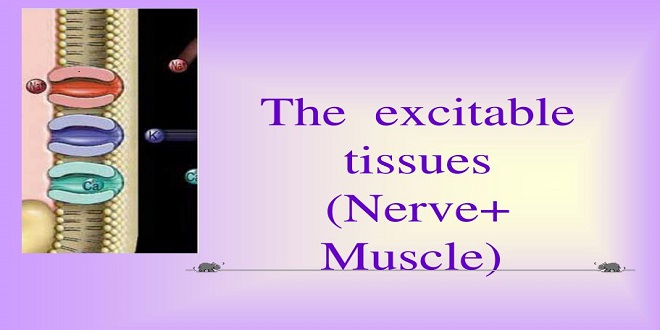 Skeletal muscle comprises individual muscle fibers that are the “building blocks” of the muscular system in the same sense that the neurons are the building blocks of the nervous system. Most skeletal muscles begin and end in tendons, and the muscle fibers are arranged in parallel between the tendinous ends; muscle fibers are generally under voluntary control. Cardiac muscle also has cross-striations, but it is functionally syncytial. Although it can be modulated via the autonomic nervous system, it can contract rhythmically without external innervation due to the presence in the myocardium of pacemaker cells that discharge spontaneously.

Differences in the refractive indexes of the various parts of the muscle fiber are responsible for the characteristic cross-striations seen in skeletal muscle when viewed under the microscope. The details of the cross-striations are frequently identified by letters. For example, the light I band is divided by the dark Z line, and the dark band has the lighter H band in its center. In addition, a transverse M line is seen in the middle of the H band, and this line, plus the narrow light areas on either side of it, is sometimes called the pseudo-H zone.

The large dystrophic protein (molecular mass 427,000 Da) forms a rod that connects the thin actin filaments to the Transmembrane protein β-dystroglycan in the sarcolemma by smaller proteins in the cytoplasm, syntrophins. β-dystroglycan is connected to merosin (merosin refers to laminins that contain the α2 subunit in their trimeric makeup) in the extracellular matrix by α-dystroglycan. The dystroglycan is in turn associated with a complex of four transmembrane glycoproteins: α-, β-, γ-, and δ-sarcoglycan. This dystrophin-glycoprotein complex adds strength to the muscle by providing scaffolding for the fibrils and connecting them to the extracellular environment.

The electrical events in skeletal muscle and the ionic fluxes that underlie them share distinct similarities to those in nerve, with quantitative differences in timing and magnitude. The resting membrane potential of skeletal muscle is about –90 mV. The action potential lasts 2 to 4 ms and is conducted along with the muscle fiber at about five m/s. The absolute refractory period is 1 to 3 ms long, and the after-polarizations, with their related changes in threshold to electrical stimulation, are relatively prolonged.

A single action potential causes a brief contraction followed by relaxation. This response is called a muscle cramp. The action potential and the twitch are plotted on the same time scale. The spasm starts about 2 ms after depolarizing the membrane before repolarization is complete. The duration of the cramp varies with the type of muscle being tested. “Fast” muscle fibers, primarily those concerned with fine, rapid, precise movement, have twitch durations as short as 7.5 ms. “Slow” muscle fibers, principally those involved in intense, gross, sustained activities, have twitch durations up to 100 ms.

The sliding during muscle contraction occurs when the myosin heads bind firmly to actin, bend at the junction of the head with the neck, and then detach. This “power stroke” depends on the simultaneous hydrolysis of ATP. Myosin-II molecules are dimers with two leaders, but only one attaches to actin at any time.

Several different types of skeletal muscle fibers (I, IIA, IIB) have distinct properties in terms of protein makeup and force generation. Skeletal muscle fibers are arranged into motor units of threads within a muscle. Skeletal motor units are recruited in a specific pattern as the need for more force is increased. Cardiac muscle is a collection of individual cells linked to a syncytium by gap junction communication. Cardiac muscle cells also undergo excitation-contraction coupling. Pacemaker cells in the heart can initiate propagated action potentials. Cardiac muscle cells also have a striated, act myosin system underlies contraction.