The role of enabling technologies 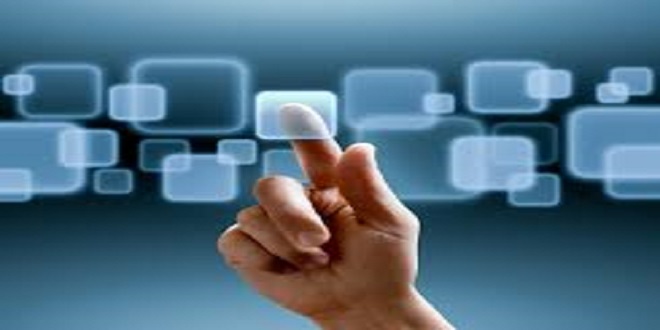 A framework for thinking about the enabling role of ICT in innovation that draws on the foundations of both science and art is represented in Figure 2. For simplicity, the framework does not represent the role and contribution of other enabling technologies in innovation, such as biotechnology, nanotechnology and materials science. Information and communications technology has a particular significance for innovation in Canberra. Increasingly, where product and service functionality is hard to differentiate, businesses compete on the aesthetic and sensory features of their merchandise—the ‘look and feel’. This calls for a substantial commitment to the development of new ideas through customer interaction and an ability to carry them through. Interactive Design is becoming and important aspect of new product development (Moggidge, 2007, Kelley and Littman, 2001a, Kelley and Littman, 2001b). The linking of technological with the artistic and the cultural, together with the enabling features of ICT has given rise to a very wide range of products and services that fall under the heading of ‘creative industries’. As will be addressed later in this study, these industries are major employers and are of particular—and increasing—importance in the ACT innovation system.

The Dimensions of innovation

Most innovation system performance indicators focus on simple to measure indicators of innovation such as R&D and patents with some attention to labor market and training of scientific personnel. This has been the track record of the OECD and other international organizations—as well as commentators and commentary about innovation performance. It is very difficult to ‘measure’ forms and outcomes of learning, although it is well known, for example, that ‘less structured forms of interaction are more innovative than ‘mechanistic’ (structural) forms (Burns and Stalker, 1994). The OECD and the Australian and other Governments are now recognizing the need for broader indicators of innovation and are examining different ways to measure the innovative performance of regional and national economies – however the outcomes of these thoughts are still a distance away.

In the modern knowledge based economy, (and recognizing ‘cluster’ based activity built around concentrations of human capital), there is global competition to attract investment and people to build and sustain economic and industrial progress. In the global economy, cities and businesses that are located within them, compete. Cities, and their surrounding districts, are seen as the building blocks of the national economy. Most knowledge workers live in cities, most patent applications originate from cities and most knowledge intensive businesses are located in cities. Cities offer proximity, which reduces transactions costs, density, which helps labor markets work better, and variety. Cities offer critical mass as well as links between firms, education and research organizations and public organizations (They et al., 2007). Increasingly, cities are seeking to be identified with a ‘brand’ that provides an image of the attractiveness of their location. Around the world cities Endeavour to build a brand around knowledge (‘knowledge capital’), creativity (‘creative capital’),and design (‘city ofdesign’). The latter designation can only be used on the basis of UNESCO accreditation1.

Approach to the study

Analysis of the existing realities covers the present policies and plans as well as the capacities and capabilities that constitute the ‘innovation system’ concept as it applies in Canberra and the trends that will impact on innovation system performance. The analysis identifies a number of important issues that will have to be addressed in order to secure innovation outcomes. On the basis of feedback during the study, visions for Canberra based on innovation and design are canvassed. The study concludes with a discussion of actions and initiatives that can be taken by stakeholders—including, but not limited to, government.

While the terms of reference require a description of the ACT innovation system, the outcome requires recommendations or initiatives that can be taken by key stakeholders in the ‘innovation system’. To this end the study has involved following a ‘strategic review framework’. This is depicted in Figure 3.

Previous articleA tongue-twister is a sequence of words that is difficult
Next articleThe innovation policy context: vision, plans, and frameworks