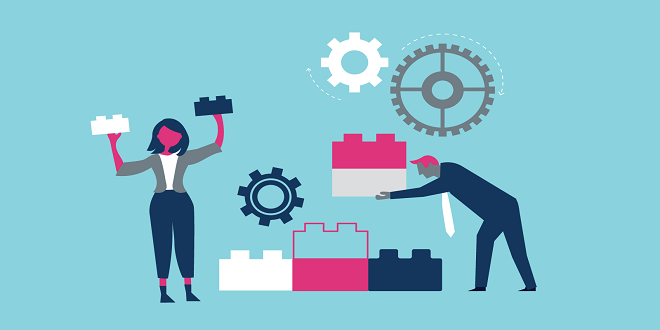 To many, innovation is seen as being driven by expenditure on research and development and its commercialization in new products. However, innovation also occurs in services, new business models and new ways of responding to new and changing customer wants and expectations. The above formulation of innovation policy explicitly recognizes the contribution of art, design and creative practices to innovation. Innovation policy amounts to a major economic development strategy. It is a strategy that is adopted and implemented by nations, regions and cities around the world to achieve economic outcomes. Innovation is also linked to broader community development objectives such as sustainability and quality of life.

N Australia, as in the United States and Canada, innovation policy must also recognize the federal constitutional framework and the division of responsibilities between the Commonwealth and the states/ territories for regulation, funding and service delivery in relation to industry and innovation policy. States and territories, particularly Victoria and Queensland, have well developed innovation strategies that complement Australian Government policies. Substantial state resources are also invested. One of the central issues in innovation policy and systems analysis concerns the interactions and relationships at a national and international level. These relationships are developed and maintained by businesses, universities, government agencies, and cultural institutions. Canberra’s ‘uniqueness’ as Australia’s national capital with strong international linkages through these agencies provides many strengths and opportunities for innovation.

The Canberra plan and strategy

The Canberra Plan (ACT Government, 2003) envisages that Canberra will be recognized throughout the world—not only as a beautiful city, uniquely designed in harmony with its environment, the seat of Australia’s government and the home of its pre-eminent national institutions but also as a place that represents the best in Australian creativity, community living and sustainable development. The Canberra Plan has three chapters: the Economic White Paper, the Canberra Social Plan, and the Canberra Spatial Plan. There is also the National Capital Plan that falls within the responsibility of the National Capital Authority (NCA). In addition to these government plans there is also an Action Agenda Report prepared by the Canberra Business Council (Canberra Business Council, 2005) and a Discussion Paper put forward by the ACT Property Council (Property Council of Australia, 2006).

The Canberra Plan envisages establishing a ‘culture of creativity’ as a distinctive feature in all aspects of community life. It will promote the concept of a ‘learning city’ and ‘encourage people to explore new opportunities’. Individual enterprise in business, science and the arts will be strongly encouraged and work will be directed towards promoting creative synergies across different streams of activity (ACT Government, 2003). In 2003, the ACT Government identified a number of priority industry sectors based on the strong knowledge based economy. The following sectors are seen to offer great prospects to potential investors and businesses considering a move to Canberra.

In terms of share of Gross Domestic Product (GDP) the ACT constitutes 2.1 percent of the Australian economy. In 2005-06 the ACT’s Gross State Product (GSP) rose by 3.4 per cent in real terms over the previous year, higher than the national GDP growth rate of 2.9 per cent3.

Canberra was established as Australia’s national capital. It is home to the national legislative, judicial and executive arms of government. Thus, from an economic perspective, Canberra is the base for a major industry—Government Administration and Defense. The industry is constituted by a large number of parliamentary and executive departments and constitutes about one quarter of the ACT economy. The relative contribution of all major industries to the income components of Gross State Product are listed in Table 1

Art,architecture, design, and film and strengthening the linkages between these capabilities and information and communications technologies particularly in the areas of digital media and creative content. This process is already underway. For example, screen act has been established to ‘make Canberra and the surrounding region a centre of creative convergence with a strong and innovative screen industry cluster and a supportive culture of creativity that contributes to the life and vitality of the Nation’s Capital’.