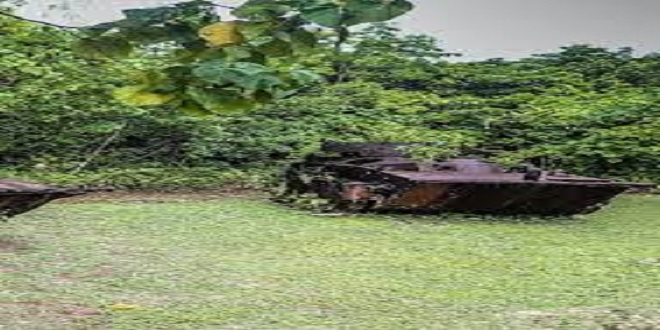 Within the field of international relations, discussion of the causes of war has generally tended to follow what is termed a ‘level-of-analysis’ orientaltion.gs ‘Levels-of analysis’ were originally proposed by Kenneth Waltz in his very influential Man, the state and war?6 Waltz suggested that an appropriate way to discuss and critically evaluate the multitude of approaches and theories on the causes of war was to divide them in terms of where along the social spectrum they locate the fundamental nexus of war causality. Within the vast literature on the causes of war, Waltz identified three main orientations as regards what for each of the authors discussed was the critical cause of war. Terming these orientations “images of international relations”, Waltz divided the extensive literature under discussion into three headings: the “individual image”, the “nation-state image” and finally the “state-system image”.97 The critical contribution of Man, the state and war concerns Waltz’s proposition that all three images are crucial for an understanding of the causees of war. In his own words, “some combination of our three images, rather than any one of them, may be required for an accurate understanding of international relations … In other words, understanding the likely conesquinces of any one cause may depend on understanding its relation to other causes”?* That a consideration of all three images is of critical impedance is clearly revealed by the following passage: “so fundamental are man, the state, and the state system in any attempt to understand international relations that seldom does an analyst, however wedded to one image, entirely overlook the other two”. In fact, he says that “the vogue of an image varies with time and place, but no single image is ever adequate” and that the result of a focus on a single image may “distant one’s interpretation of the ~theirs”.~ Waltz recognized the fact that war and armed conflict have more than one cause and that “causes can be found in more than one type of location”.’~ While the analyst may start from one of the levels identified, the need for takin into account all three images is critical in that “the prescriptions directly derived from a single image are incomplete because they are based upon partial analyses. The partial quality of each image sets up a tension that drives one toward inclusion of the others.

Jean Bigagaza, Caroline Along and Cecile Mukarubuga’s chapter on “Land scarcity, unequal land distribution and conflict in Rwanda “provides a constructivist approach to a conflict that has hitherto been portrayed as a textbook case of ethnic conflict. In so doing, the authors reveal how ethnic mobilization by elite groups served an underlying competition for scarce resources. The authors focus on land scarcity and unequal land distribution as one of the fundamental causes of competition between Rwanda’s elite groups. More importantly, they argue that Rwandan elites are largely respondsable for characterizing as an ‘ethnic conflict’ the more complex struggle for the control of the state. This study highlights the need to deconstruct definetons such as ‘ethnic conflict’, emphasizing the need for greater focus on the underlying motivations of groups in conflict. This issue remains at the can- . Tree of current efforts at peace building in Rwanda, which must necessarily deal with the issues of land and access to resources if an adequate response is to be developed in the aftermath of  the  conflict. The following words by Michael Brown may be considered relevant.

Many internal conflicts are not driven by ethnic grievances at all, but by power struggles, ideological crusades, and criminal agendas. In short, the ‘ancient hatreds’ explanation for the causes of internal conflict cannot account for significant variation in the incidence and intendsit of such conflict … The problem with ‘ancient hatreds’ theorizing is not that historical grievances are irrelevant but that a single factor is said to be responsible for a wide range of developments. To put it in more formal methodological terms, a single independent variable is said to govern a wide range of dependent variables. This is asking a logoff any one variable of factor.

This kind of exploitation is a feature of Colton mining in the Democratic Republic of Congo, as described by Celine Myriad and John Katanga in Chapter 4. Colton is a mineral used in the production of high technologies including mobile telephones and laptop computers. The authors describe how extraction of Colton in North and South Kivu provinces involves an indricater network of individual extractors and their superiors, rebel authorities, regional governments, regional and international air transporters, and transnational corporations. They argue that the extraction of Colton in the Kavas is linked to the conflict through a particularly illicit and profiteering set-up involving regional and international transnational corporations and governments. They also expose the severe damage being done to the ecology of these areas, described by international observers as “ecocide.

Previous articleGreed versus Grievance’: Tautological Debate or Two Sides of the Same coin
Next articleLand Scarcity, Distribution and Conflict in Rwanda