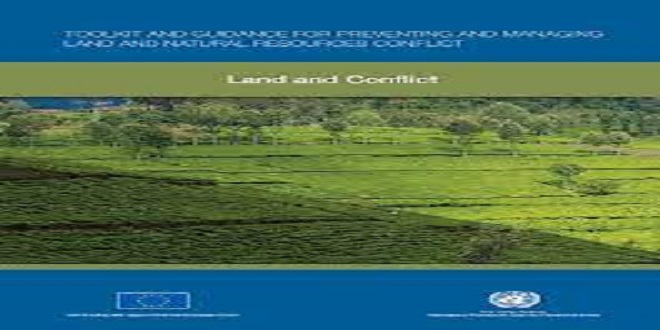 “…at what point does the proliferation of ‘hunches’ add confusion or avoid critical issues in the field? Does yet another study that finds some statistically significant relationship between ecological (i.e. Attribute and relational) variables and the incidence or some other characteristic of war help develop theory? For the most part, the causes of war … Remain as obscure as ever. Modern research has left a trail of uncertainty, partial clues, contradiction, and continued mystery …”I “…there is no single cause of a conflict. Nor is there often any single precondition for sustainable peace. Different factors vary in importance, and reinforce or neutralise each other. The analysis of the situation must therefore include assessing the relative importance of the different indicators and their inter-relationshi.

In an essay titled ‘The theoretical deficit in the study of war’. Thomas Cusak reminds us that although “war remains a major social problem”, it is reassuring to know that “in the last few decades a significant number of political and other social scientists have devoted considerable effort to the study of its causes and consequence^’:^ Nonetheless, far from being unified, the study of armed conflict and war remains fragmented between disciplinary boundaries. Which produce conflicting and often mutually exclusive theories. Most importantly, there is a disturbing lack of integrative knowledge on the subject.l It is in this context that Kalevi Holsti’s comment quoted above must be put into perspective.1n fact, what Holsti is rebelling against is what has commonly been referred to as the ‘lyranny of the single-cause’ in the explanation of war. This book represents a commendable exception to the ‘tyranny of the single-cause’. In fact, the authors of the six chapters do not claim to have discovered “the philosopher’s stone, the magic formula, which, mechanically applied, will produce the desired result and thus substitute for the uncertainties and risks of political action the certitude of rational calc~lation”.~ On the contrary, backed by extensive primary data collected in situ, each chapter

During the Cold War, the study of armed conflict and war was largely systemic in orientation and other conflicts were seen as ‘proxy wars’, ‘small wars’ or ‘low intensity conflicts’, to a large extent a product and creation of bipolarity. Systemic, global or world wars attracted the major part of scholarly attention, both within the field of international relations as well as strategic studies. Because the traumatic experiences of two world wars demonstrated that these wars produced far greater and graver consequences than.

Other wars, the growing focus on ‘big wars’6 may be located within a strong normative orientation that permeated the post-1945 period. This was a result of attempts by academics and policy makers to understand such system-altering occurrences, hoping “that a better understanding of the causes of these wars will increase the possibility of preventing them’:’ This concern led to an overwhelming focus on interstate wars and the vast majority of in-depth studies of war centred on strategic studies’ issues such as nuclear deterrence and balances of power, alliances and arms races as well as the incidence, frequency and duration of interstate wars.

However defined, these conflicts had in fact become the rule in a world that was fast changing from the predictability of bipolarity to a vaguely defined unipolar ‘New World Order’. This caused a fundamental shift in the analysis of war and armed conflict, a shift that permeated all disciplines that focused on this most destructive of human activities. These became the conflicts that mattered, for not only could they threaten global peace and security in their tendency to metastise to neighhouring countries, but they also caused unprecedented levels of human and material destruction. Largely focused on a ‘clausewitzian universe’ of interstate wars, academia and policy-making circles in the West were largely unprepared for the task of explaining such ‘societal conflicts’. The tools of strategic and war studies seemed increasingly irrelevant to explain ethno-nationalism, religious militancy, environmental degradation, resource scarcity, preventive diplomacy, peacekeeping or humanitarian intervention.

Kaldor. ‘Low-intensity conflicts’, ‘wars of the third kind’ and ‘new wars’ were the concepts put forward by the three authors to describe the prevailing form of armed conflict in the second half of the 20rh century.17 On the ground, the visible signs of the structural transformation of war are evident from the way it is conducted. A far cry from the structured conduct of conventional war, contemporary wars do not typically have a precise beginning, since in the vast majority of cases there are no formal declarations of war that would indicate the initiation of hostilities. In addition, contemporary armed conflicts conspicuously lack definitive battles, decisive campaigns and formal endings. They typically last for decades. In the way they are conducted, contemporary wars are fought by loosely knit groups of regulars, irregulars, cells, and occasionally locally based warlords under little or no central authority. As Van Creveld points out, “Very rarely do they [lics] involve regular armies on both sides, though often it is a question of regulars on one side fighting guerrillas, terrorists, and even civilians, including women and children on the other.”ls An important consequence of this is that in this new type of organised violence the distinction between war (understood as violence between states or organised political groups for political motives) and organised crime and large-scale violations of human rights is largely blurred.

Previous articleDistinction between Portfolio, Program, and Project Management
Next articleGreed versus Grievance’: Tautological Debate or Two Sides of the Same coin