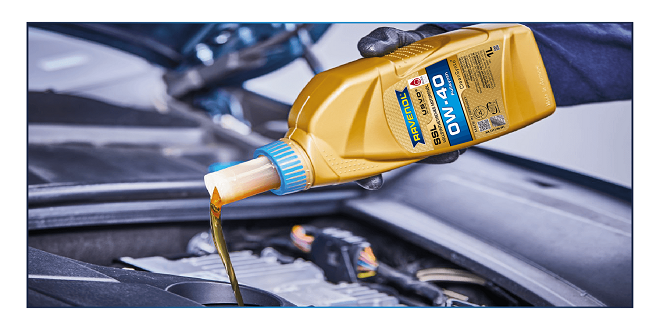 The additives in dirty oil boil out, contaminants form in the crankcase and eat metal parts, and water collects over time and forms sludge. The oil holds more and more abrasive particles of metal suspended in it, and these particles wear away the parts of the engine that the oil is supposed to protect.

That’s why you should change your oil at regular, reasonable intervals. But what is a reasonable amount of time — or mileage — between oil changes? All oil looks pretty black within a couple of days after an oil change, so the only way to avoid running on oil that’s so dirty that it becomes a liability is to keep a record of when it was last changed and to change it frequently — as often as every 1,000 miles in extreme operating conditions (I get to what those are in a minute).

By changing your oil frequently, you may get twice the mileage out of an otherwise good engine. You’ll be surprised by what some “extreme operating conditions” are: If you do a lot of stop-and-go driving in the city or rush-hour traffic, make a lot of short trips each day and leave the car parked long enough to have your engine cool down between them, and don’t often get up to high speeds on a highway, your engine rarely gets hot enough to evaporate the water that forms in the crankcase and builds up sludge in the engine.

Other extreme conditions are if you drive in very hot weather or in areas with a lot of blowing dust or dirt, or tow or haul heavy loads all the time. In any of these circumstances, change the oil as often as every 1,000 to 3,000 miles on older vehicles. On new vehicles, follow the manufacturers’ recommendations for extreme use.

How Often You Should Change Your Oil

ome manufacturers suggest that oil be changed every 7,500 miles or more, but that’s based on optimum operating conditions, and the manufacturers are the ones who get to sell you a new vehicle if your old one wears out prematurely.

Although new vehicles can run longer on the same oil than older ones can, and improvements in motor oil have extended its efficiency over longer periods of time, to be on the safe side, I now change my oil every 5,000 miles or every six months, whichever comes first.

If you’re a freeway driver who goes on a lot of long journeys at high speeds, you can probably extend the oil change interval, but on anything but the newest vehicles I wouldn’t go longer than 5,000 miles between changes. And never, under any circumstances, go farther than the manufacturer’s recommended maximum interval between oil changes.

How to Change Your Oil Yourself

Changing oil is usually easy. In fact, unless it’s impossible to reach your oil filter and/or oil drain plug, you have good reasons to change your oil and oil filter yourself: It’s cheaper, you know that the job’s being done right, and it requires little time or effort.

(During one of my TV guest appearances, Regis Philbin changed the oil in a car in five minutes, and he didn’t get a spot on his Italian silk suit!) All you have to do is unscrew a plug and a filter, let the oil drain out, replace the filter and plug, and pour in some new oil.

If you have a professional do it for you, you have to telephone the shop to make an appointment, drive the car in, either wait for it or find a ride home and back again to pick it up, and then wait until they write up your bill — all of which takes much longer than changing your oil yourself.

If you go to one of those quickie oil change places, you don’t know what viscosity and grade of oil they’ve really used, whether they really changed the filter, and whether the drain plug was secured properly.

(If you don’t think that’s a problem, check out the nearby sidebar “A tragic tale”!) Most important, when you see how inexpensive and easy it is to do this job yourself, you’ll change your oil as often as necessary rather than adding visits to the service station to your procrastination list!