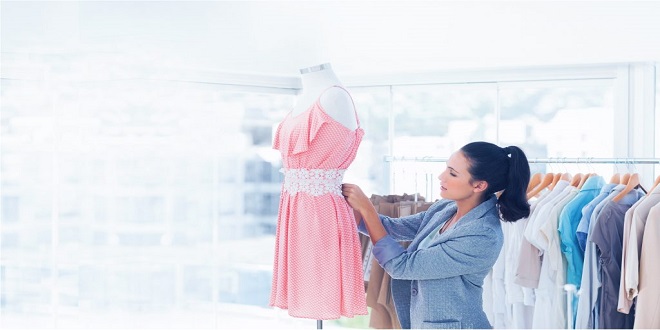 Flat patternmaking is the fastest and most efficient method for developing design patterns that control the consistency of size and fit of mass-produced garments. Flat patternmaking is unique among other ways in relying on copies of previously developed patterns (working patterns) for manipulation using the slash or pivotal methods.

Ode to a working pattern

I cloned from a master pattern, a perfect shape to be changed and honed. While I lay prone on this tabletop, design lines are plotted nonstop. Who is this person with a scissor in hand slashing, spread, lapping according to plan? Look what has been done to me. That outrageous pattern is a travesty! The original shape I can’t reclaim for what I was is not the same.

There are two flat patternmaking techniques: the Slash method—to relocate darts, slash to open the pattern for more fabric, or cut to overlap for a closer fit. Pivotal/transfer method—the original design is pivoted and traced in sections until the new pattern shape is completed without slashing. Both pattern methods are explained and illustrated in this chapter. A working pattern becomes a design pattern after its form changes through manipulation.

Dart manipulation. We are changing the location of a dart within the pattern frame. Remember that the dart is responsible for fit and will be part of the de sign in one form or another. We are adding fullness. Applies when design fullness is greater than the dart excess can provide. Added fullness is not directed to the pivotal point (bust). Adding to the pattern’s outline also indicates that added material is needed for the design.

Through design analysis, an experienced patternmaker can identify which principles and techniques to apply to develop correct pattern shapes that end in a three-dimensional design replica.

The example illustrates how a sketch should be marked after the patternmaker has identified principles and techniques in preparing for pattern manipulation. The design incorporates all three directions and patternmaking techniques.

Patternmaking terms and their definitions will be introduced wherever appropriate throughout the chapter to help facilitate understanding—pattern plot. For example, placing lines on a traced copy of the working pattern relates directly to the design features. The lines are used as guidelines for pattern manipulation.

To prepare for the following projects, trace a copy of the primary front bodice pattern on the tag board and draw guidelines from the bust point, marking each dart location. The guidelines establish common areas for dart relocation and for creating design patterns. However, they are not the only dart locations because a dart can be transferred anywhere around the pattern’s outline. The selected dart locations have specific uses and names.

All darts radiate from the convex shapes of the figure. The bust is rounded, not pointed. If the dart is stitched to the end of the pivotal point, strain lines will appear around the statue, distorting the fit of the garment. Instead, the dart should end from the bust point to release fabric (fullness) for the bust mound.