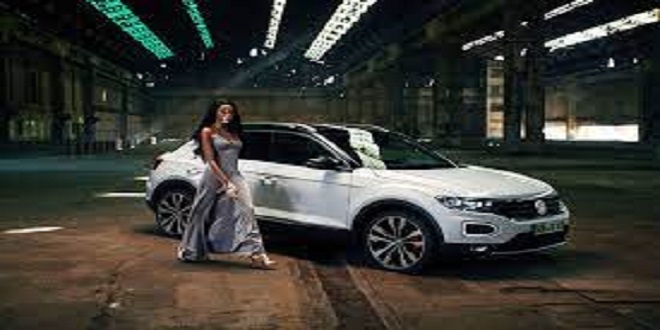 Catalyst and Conquest ‘91 built upon the Company’s earlier experience of direct marketing gained through its Interlink and Superlink follow-up initiatives. These used direct marketing to exploit the sizeable database which the Company possessed as a result of registering the warranties of all cars sold. By today’s standards this information was not particularly comprehensive, but the Interlink programme was innovative at the time and broke new ground. The database provided names and addresses of customers, details of the vehicles purchased, and records of claims made on warranty. Using it, the Company mailed customers enquiring if it was time to change their car, and enclosing information about the current product range. No evaluation exists to measure the impact of Interlink and Superlink. Even so, Interlink was seen to be a worthwhile approach which at least maintained contact between the Company and its customers. Superlink managed to generate a slightly higher level of dealer involvement, but it was still dogged by the same inherent criticisms which could be levelled at its forerunner.

Much more had to be known about previous and prospective customers in terms of their lifestyle and buying intentions in order to gauge purchase timing as accurately as possible. Rover had to establish how it might induce prospects to provide this information. What could be offered in exchange and be acceptable as well as motivational? Rover was concerned that the approach should be perceived by prospects and customers as a controlled process, i.e. Rover supplied information when it was requested and required. Customers and prospects would therefore need to be prompted to initiate the approach. As a result of these considerations, Rover decided to produce an exclusive magazine as the axis around which the new direct marketing initiative would revolve. Not surprisingly, the magazine took its name from the programme – Catalyst. The role of the magazine was twofold – to ‘warm’ potential customers to Rover and to maintain a dialogue with existing customers. From the outset, Rover was determined that the Catalyst programme would not be an ordinary direct marketing campaign. Since the objective was to understand more about the lifestyles of customers and prospects, it was decided that Catalyst would feature articles relating to lifestyle issues. Moreover, it had to be of a standard and quality which reflected well on Rover, but was also comparable to, or better than, equivalent publications to be found on the newsagents’ shelves. Accordingly, a top-class editorial team was assembled. Michael Parkinson was appointed Editor, and a stable of well-known writers was commissioned to write articles as and when required.

The people on the database now received a regular communication from Rover. The point at which each prospect moved into the purchase window could be monitored. A tailored approach to convert the prospect into a purchaser could then be made. The role of the dealer Unlike the earlier programmes, the Catalyst programme put specific demands on the dealer, but it also offered the prospect of greater rewards. The programme relied upon the dealer network updating and enriching the database. To ensure that dealers and all their staff understood the Catalyst programme and their role in the total scheme of things, a special team of 15 people was set up to spearhead a dealer development programme.

The little red telephone on wheels scooted across the car park to stop in front of a lady motorist who had just been involved in a minor auto accident. She picked up the phone to Direct Line to find to her delight that, unlike with most insurers, immediate authorization could be given for her car to be repaired. The busy little red phone, which had become the household symbol of Direct Line Insurance and featured in all the company’s literature and advertising by 1992, was achieving widespread recognition as a symbol of low cost but personalized service to customers interested in purchasing motor and household insurance. From its beginnings in 1985, Direct Line Insurance, in the year to September 1992, posted its sixth successive gain in gross premiums written to £213.2 million, an increase of 71.3 per cent on the previous year. Moreover, in a year where there was severe pressure on the motor insurance industry as traditional competitors made moves to diversify their delivery systems and regain market share, Direct Line still managed to achieve underwriting profits. Details of recent financial performance are shown in Figures .

In April 1985, Nikki de Jaeger, a telesales operator, sold Direct Line’s first motor insurance policy and so started a revolution which was to transform the UK motor insurance market in a short time. Peter Wood, Direct Line’s Chief Executive, believed that it was possible to develop a high quality but cheaper service to motorists than that offered by traditional insurance providers operating via brokers. Mr Wood, a former employee of insurance brokers Alexander Howden with a background in operations, approached the Royal Bank of Scotland, one of the leading British clearing banks and the premier institution in Scotland, to provide financial support and the benefit of the bank’s assured reputation. With initial funding of £20 million to back the development of the necessary infrastructure and investment in comprehensive IT systems, the new company obtained Department of Trade and Industry approval to enter the insurance industry in January 1985, eight months after the venture had begun.

What is the Best Video Marketing Strategy for Social Media?