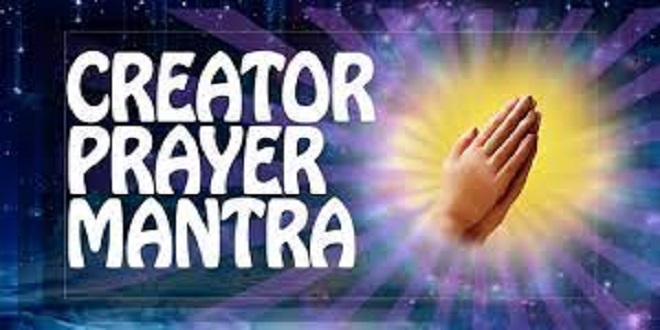 Karma or Forgiveness from God

Yogi Bhajan taught us to chant mantras in order to ‘burn up’ karma and achieve oneness with God. The primary ones were “OM” (said to be the original ‘sound’ that accompanied the ‘manifestation’ of the universe) or “Ek Ong Kar, Sat Nam, Siri Wah Guru” (meaning, “There is one God, truth is His name, and the Spirit is our teacher”). All the yogic teachers I followed asserted that Jesus spent His hidden years, from twelve to thirty, in the Far East, studying under gurus and masters, learning how to awaken His ‘Christ-potential’ by implementing their yogic disciplines. If that be true, then why did He come back to His homeland, Israel, only to teach against these Far Eastern practices? In His first main sermon He even exhorted,

God is interested in a loving relationship with us, facilitated and developed by affectionate and worshipful language on our part. He desires an intelligent flow of prayerful, conversational statements from us, not monotonous, droning, repetitive utterances designed to empty the mind and mechanically manipulate some supernatural power to make us more receptive to mystical experiences. We would never speak to fellow human beings in a mantra-like way – repeating the same phrase thousands of times in order to successfully express our will. Most people are intelligent enough to understand simple sentences the first time around. After that, it would be an insult to their intelligence to repeat ourselves over and over. Certainly the true God is far more intelligent than any of us and even more unresponsive to such an elementary method of communication.

One of the most important issues in this list of comparisons concerns pantheism versus theism. Most New Agers and adherents of Far Eastern religions believe in pantheism (a term meaning “All is God”). It stems from the concept that the universe is not a creation, but an emanation of God – that in the beginning, the Godhead emanated the universe out of ‘Itself’ (in most Far Eastern and New Age worldviews, ultimate reality is an ‘It,’ not a “He” – an impersonal force, not a personal God). Therefore, if pantheism is correct, all things have a divine essence. The universe is really the Godhead veiling itself in the ‘appearance’ of physical matter. But in reality, the material world is an illusion (Hindus call it Maya).

If pantheism is the actual nature of the universe, not only are the trees, flowers and animals an expression of the Divine – all human beings, both evil and good, are expressions of God as well. Believing this produces a serious theological dilemma. It is the result of an inescapable conclusion: if we attribute divinity to human beings, we must attribute sinfulness to God. He becomes the source of both the good and the evil in the universe, a force made up of both darkness and light (exactly what the yin-yang symbol represents).

These statements can ONLY be correct if theism is the right description of God’s relationship to the universe. If the Creator exists separate from the creation, then the evil in this world cannot be attributed to Him. Instead, evil must stream from other sources: specifically, fallen angels (Satan and his demonic underlings) and fallen human beings, whose nature has been corrupted. Both of these were originally created pure, yet they were given a free will and chose to rebel against God. Through them alone, the world has been contaminated. This is really the only plausible and sensible explanation. Even among Hindus this antithetical idea of pantheism has been a matter of controversy. The famous Hindu teacher Madhya asserted:

He verified this truth, setting a pattern in motion, by rising from the dead Himself. He foretold this event to His disciples, saying, “Because I live, you shall LIVE also” (John 14:19). But why is physical resurrection necessary? When I was a yoga teacher I thought it made much more sense that we would eventually evolve into more advanced spiritual beings without physical forms. However, now I see the logic behind this foundational Biblical teaching.

Strangely, Buddhism teaches that our ultimate end is to become nothing (nirvana – cessation of personal existence). Hinduism teaches we become everything (blending in with Brahman). But Christianity is altogether different. We will ever be one with God, yet we will simultaneously maintain a unique and separate identity as the sons of God and inheritors of all things in heaven and earth. Remember, as stated earlier, Jesus validated the Biblical view of resurrection by arising victorious over death Himself. This is something that no other great religious leader can claim, which by itself proves the uniqueness and exclusiveness of Christianity.